Hal Ketchum & Gruene Hall: A Match Made in Music Heaven


Many musicians have played Gruene Hall, building its legacy with music and memories, but only one artist also used a hammer and nail. Did you know Hal Ketchum worked at Gruene Hall? 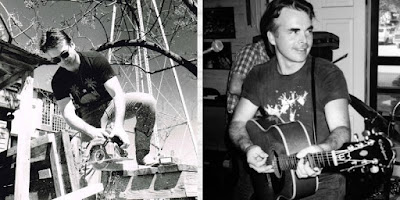 Originally from upstate New York, Hal moved to New Braunfels in 1981. One Sunday while at his home near the heart of Gruene, he heard some music he liked and followed it straight to the Hall!

It was just a normal Sunday at Gruene Hall. A favorite no-cover band was playing, patrons were enjoying the music and a cold drink. But, normal turned extraordinary when the handsome stranger sauntered through the side door by the old cigarette machine. Hal walked over to the band, talked to the musicians for a minute, then pulled out his harmonica and started playing along. He fit right in! He had found his place, his people. 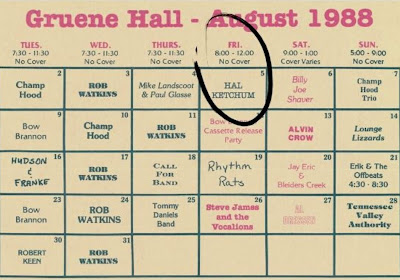 Soon a fixture at the Hall, he worked as a carpenter during the day and pulled out his guitar to play no-cover shows at night. Have you ever noticed the basketball goal in the beer garden at Gruene Hall? That's Hal's handiwork. How about the wooden doors at the front of the Hall that open and close over the old swinging doors? Yep, those are Hal's too. 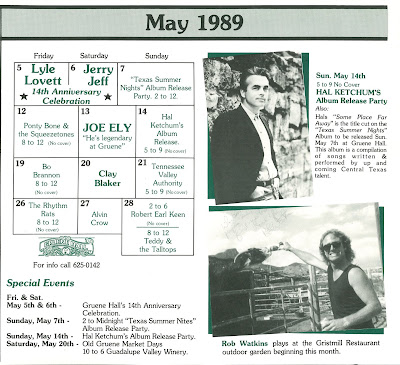 His career took off in 1991 when his first single "Small Town Saturday Night" hit number one. A string of hits followed, earning him an induction into the Grand Ole Opry in 1994 as its 71st member.


Posted by Gruene Historic District at 11:14 AM No comments: