Gruene Hall was recently named the Music Venue of the Year in the 5th Annual Lone Star Music’s esteemed awards. The winners for each category were voted on by the public, and winners were announced at the Awards Ceremony and concert on Sunday, April 28th at The Texas Music Theater in San Marcos, TX. 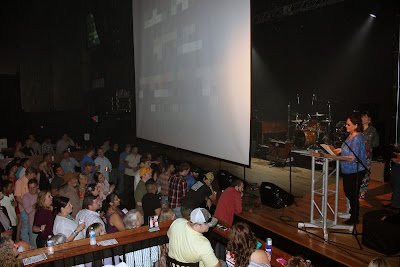 
The nominees for each of the 15 categories were selected by a pool of 130 industry professionals and 20 “super fans” selected by applicants in contest conducted on Facebook by Lone Star Music. The nominees were then released to the public for voting. 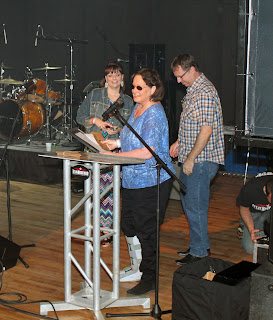 Other notable winners this year included “Goodbye Normal Street” by the Turnpike Troubadours for Album of the Year, “Good Lord Lorrie” by the Turnpike Troubadours for Song of the Year, Cody Canada of The Departed for Musician of the Year and Robert Earl Keen for Best Live Act of the Year and the Hall of Fame Award. A full listing of winners can be found at www.lonestarmusic.com.
Entertainment at the Awards Ceremony included performances by The Departed, Robert Earl Keen, Ray Wylie Hubbard, Dustin Welch and John Fullbright, Rob Baird, Jason Eady, Courtney Patton and Shinyribs. It was a fun night of music!


Gruene Hall is a true Texas tradition. The 6,000 square foot, open air dance hall has remained much the same since its start. The wood floors, antique advertisements on the walls and rustic stage provide perfect examples. A favorite music venue for artists and patrons alike, the overriding attraction from the late ‘70s has always been the magic and intimacy created between the audience and performer due to the close proximity of the stage to the dance floor. The booking direction is focused on singer-songwriters and artists who play original material, and the Hall stage has proved to be a fertile ground for many former “new talents” such as George Strait, Hal Ketchum and Lyle Lovett. For a lengthier list of artists who have played the Hall, please visit our website. For information, call (830) 606-1281 or visit www.gruenehall.com.


LoneStarMusic.com was founded in 1999 by diehard Texas music fan, Chad Raney, as a one-stop-shop for fans to find music from both well-known stars to rising artists. Since its origin, it has been a huge success, and a retail store located just steps away from Gruene Hall and a magazine have been added to supplement the original website. In 2009, Lone Star Music changed ownership. Zach and Megan Jennings purchased the company and have helped it flourish in the years since with involvement in Austin’s SWSX Music Festival and a 300% increase in circulation of the magazine. The Lone Star Music Awards were also added to the company’s ventures in 2009. Voting takes place mainly electronically, but paper ballots are also available in each copy of the Lone Star Music Magazine.

Posted by Gruene Historic District at 8:12 AM