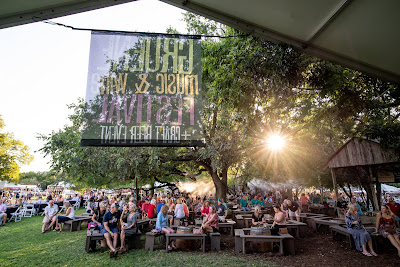 The Gruene Music & Wine Fest began as a one-day event in 1986 with the purpose of promoting Texas and Americana music in a fun and relaxed setting while raising funds for the United Way of Comal County. Over the years, it has become a four-day celebration not only of Texas and Americana music, but also a celebration of Texas wine, craft beer, food and gift items hand made in the Lone Star state.

The "Kickoff Event" marks the beginning of the festival on Thursday, October 10th. Featuring wine tasting from ten of Texas’ favorite wineries, two craft breweries and live music by Prophets and Outlaws! VIP and General Admission tickets are available. Immediately after the Kickoff Event, The Bacon Brothers will be performing at Gruene Hall.

On Friday, "Rockin' with Texas Wine & Food" features a dinner catered by The Gristmill and a private performance by Tanya Tucker on the Gruene Hall stage. Also included in the night’s events are a silent auction and The Great Guitar Auction— including signed guitars from artists including: George Strait, Loretta Lynn, Jerry Jeff Walker, Midland, Maren Morris, an autographed fiddle by Charlie Daniels, and more. 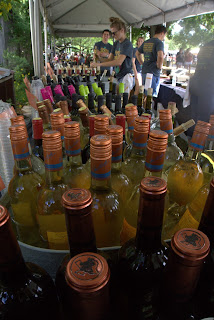 We wine, they win.

Although the event itself has evolved through the years, the benefiting charity has always primarily been the United Way of Comal County, a charity whose mission is to improve the quality of life for people in Comal County by generating resources to meet the needs of the community.


This festival is a toast to Texas music, wine, and craft beer– come raise a glass with us!

For details and tickets to each distinct event, visit www.gruenemusicandwinefest.org. 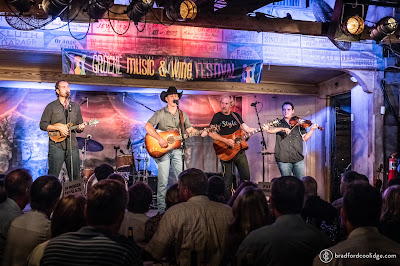 Posted by Gruene Historic District at 9:55 AM